India joined Australia, Japan, and the United States a couple of weeks back for a ministerial meeting of the quadrilateral grouping  "the Quad" which underscored its commitment to upholding a rules-based international order, underpinned by respect for territorial integrity and sovereignty, rule of law, transparency, freedom of navigation in the international seas and peaceful resolution of disputes. The Biden administration so early in its term decided to convene this meeting speaks volumes about the priorities of Washington as well as the enduring relevance of the quadrilateral platform with all the attendant implications. 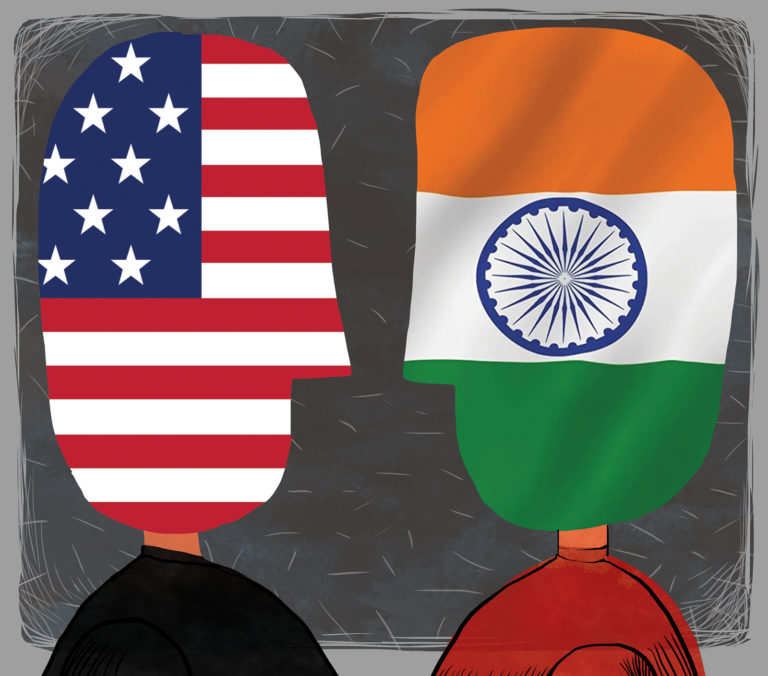 And last month, in a phone call between President Biden and PM Modi, the two leaders tried to set the bilateral policy agenda wherein two issues emerged as the core of their engagement: climate change and a free and open Indo-Pacific route. For the Biden administration, a renewed focus on the climate agenda is one of the most serious ways of underscoring its differences with the Trump administration.

From appointing former secretary of state John Kerry as its special climate envoy to rejoining the Paris climate agreement, the new political dispensation in Washington is signaling its priorities of America once again joining the global multilateral mainstream. And India under Modi is rapidly positioning itself to emerge as a serious stakeholder in climate change conversations, with India expected to go beyond its Paris agreement targets.

This is indeed a remarkable turnaround for a nation that till a few years back was widely viewed as a pillion rider in climate change debates, thereby providing a convergent issue area for New Delhi and Washington to shape the next stage of their bilateral engagement.

The idea of a free and open Indo-Pacific, of course, continues to be the other aspect of this engagement which is not only important for the two nations but also to a large number of their partners in the rapidly evolving maritime geography. Against the backdrop of a rising and aggressive China, Modi and Biden reiterated the importance of working with like-minded countries to ensure a rule-based international order and also agreed to continue close cooperation to promote a free and open Indo-Pacific, including support for freedom of navigation, territorial integrity and a stronger regional architecture through the Quad.

Within just about a month of taking office, the Biden administration's outreach to India has been robust and substantive. And yet there is a strange tendency in sections of the Indian strategic establishment to continue to doubt the strength of this relationship. What is even more troubling is that a partisan approach has begun to color Indian elite assessment and analysis of this engagement. Even those who have for decades stood up to the West in countering its attempts to intervene in Indian domestic matters, today seem ready to invite Washington to rake up issues belonging to Indian sovereign space.

Every administration is unique, with a different set of foreign policy and domestic priorities which shape their global engagement. What has been truly remarkable about India-US ties over the last two decades is that despite different administrations and different leadership styles, the bilateral relationship has only grown from strength to strength.

We were worried when Barack Obama repudiated the civil nuclear deal before his election to the presidency and when he talked of Kashmir as being part of the wider Afghan problem. But when he left office, he had forgotten about all this and was a self-proclaimed great friend of India. Similarly, we were concerned when Donald Trump railed against India during his campaign and often managed to put India and China in the same bracket. But again his treatment of China and India was a study in contrast while in office, and his contribution in shaping the wider Indo-Pacific to India's advantage cannot be denied.

And now with the Biden administration, we are being told that human rights issues might derail the relationship. And some in India, in their dislike for the ruling dispensation, have actually gone so far as to advise Washington to challenge the Indian government on internal matters.

It is beside the point as to what the Biden administration will or won't do. Despite its evident limitations on all Western nations, and in particular the US, are tempted by this desire to shape the domestic socio-economic and political discourses in other societies. India has lived through the phase where repeated resolutions were passed in the US Congress on Kashmir or Punjab in the garb of human rights. New Delhi's reactions were resolute and categorical.

And that was when India was on the margins of global politics. Today India is at the very core with a strong government and an aspirational population. If India could stand up to the world in the 1980s and 1990s when the nation was perhaps at its most vulnerable, there is no reason why today's India should worry about America's proclivities.

If today's India is ready to stand up to China and rebuff its bullying, it also has the self-confidence to ignore the ideological posturing emanating from the US. India-US ties will continue to grow because of their fundamental strategic convergence and Indian democracy will evolve at its own pace. The challenge for New Delhi is to configure a domestic consensus that will allow India to withstand such pulls and pressures. With an eye on China, India to allow only approved...:
NEW DELHI: In an attempt to discourage Chinese imp... Experience of using double battery PWM inverter for home of this brand is very satisfactory. Not only It saves electricity but also carries good backup

Authentic and long life products.Almost every product is durable and user friendly as well.